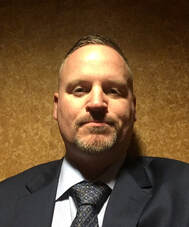 ​When Damien Jepson founded Empire City Soccer Academy in 2011, his goal was to create a first of its kind, advanced soccer training academy at an affordable price for players and families, with an emphasis on complete player development and preparation for the jump to college level play.

While working collaboratively with various local soccer clubs and third-party vendors during the startup phase of the academy, Damien also served as head coach for all teams, while at the same time serving as head coach of men’s soccer at the State University of New York (SUNY) at Adirondack. Upon departing the local area in 2014 to join The Ohio State University Men’s Soccer staff, Damien entrusted the continued success and growth of the academy to his highly talented coaching colleague Tim Ciampa. Although currently residing in Sacramento, California, Damien continues to provide strategic guidance and consulting for the continued growth and success of the academy to this day.

Regarding his soccer background, Damien was a Gold Medalist as a player at the 2007 Empire State Games as a member of the Adirondack Region Men’s Open Soccer team, and later went on to help coach the same team to a Silver Medal at the 2010 Games. While serving in the US Air Force Reserve, Damien was a four-year starter as a college soccer player, finishing his competitive playing career at SUNY Polytechnic Institute. He then went on to become Interim Head Coach at SUNY Potsdam.

The following year, Damien became Head Coach of Men’s Soccer at SUNY Adirondack, where he inherited a program coming off a 1-12 record and averaging less than 3 wins per season over the previous 25 seasons. His impact was felt immediately as the program experienced significant improvements, eventually resulting in achieving all-time program records for career coaching wins, wins in a season, and winning percentage, in addition to a National Championship appearance his final season.


With a 42-17-4 career record, Damien remains the winningest soccer coach in program history, and three of his former players have gone on to sign with professional teams in Europe.

Damien left SUNY Adirondack after the 2013 season to join The Ohio State University Men’s Soccer staff, where he served as Director of Men’s Soccer Operations from 2014-2018. His first season with the program saw the team improve to a 9-8-5 record and advance past the University of Akron in the first round of the NCAA Tournament. The following season saw further improvements, as the Buckeyes went 14-7-4 and were crowned Big Ten Conference Champions and advanced as far as the Sweet-16 in the NCAA Tournament, falling to eventual National Champions Stanford University. Four players from these teams have been selected in the Major League Soccer (MLS) draft.