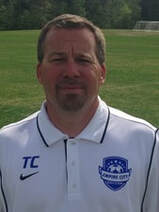 A native of Hudson Falls, New York, Coach Chagnon has been with Empire City Soccer Academy since 2014, serving as a U-12 coach. He is also the current South Glens Falls Girls Head JV coach, a position he has held since 2013.